A Question For Arthur 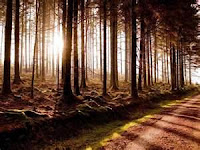 The coach for all ages,Arthur Lydiard. Words of wisdom from the Master. When asked: "In addition to the proper training,what can a runner do mentally to prepare for competition?"
Arthur said:" The best psychology you can use on an athlete is to make sure he understands why he's doing everything he's doing.So that physiologically,mechanically,he's clear in his mind as to his approach.If he does everything he has to,he's the guy who goes out to the race with confidence.It's the guy who doesn't understand what he's doing who has a problem. He guessing at his training,invariably doing too much anaerobic work,and he's never sure whether he's at his peak or not.He can't balance or evaluate his training. You don't need to say,"You can beat that guy"to the person who balances his training. He knows damn well he can beat him,or he knows he can't beat him,one or the other,because he's done everything corectly."
The above make me think of the training I did during my high school and college years. I never understood the whys of the workouts I was being given,then again,I never asked.In retrospect,seeing as how long ago it was, I sometimes wonder if my coaches really knew?The overlooked components to competitive success,realizing what your workouts are accomplishing and recognizing when you are peaking.
Posted by Dave at 6:54 PM