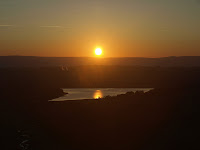 Due to intense pressure from sources I am unable to divulge, I am dipping into The Stotan News archives to give you a schedule for base training, or building a base as some call it.. Seriously folks,I thought it would be nice to get a relatively brief and concise schedule out to you. To me, this is the most important phase of your training. I have known many distance runners who have completed only this part of their schedule and still raced well.
Perhaps you have finished your fall racing season or just done a marathon; you've taken a few weeks off while giving yourself extra rest days combined with some very easy running, now you are thinking about 2013.I assume that as a thoughtful runner you have been evaluating how things went this past season,what went well, what didn't and what you could have done differently.I say this because it seems that most runners always believe they could have done better even when they've done pretty good. I guess it's the nature of the beast as they say.Make no mistake about it---building a base or foundation is essential to not only successful running but also to staying happy and healthy as a runner. From the archives dated 9/30/97--written in the wilds of South Wales,N.Y.on Fish Hill.
"Every single sport has fundamentals,the basics that have to be mastered before you can progress to the next level. For instance,in weight lifting,proper technique must be learned to lift the weights most effectively. More importantly though, you can't lift the heavy weights until the body is ready.This of course is accomplished by increasing the poundage gradually during training over a period of time. Running is the same way. The body has to gradually get used to handling an increasingly heavy(stressful) workload. It may come as a surprise to some coaches and running theorists but this is not accomplished in a month or two. In a time when people want results as soon as possible,it's very unfashionable to suggest that laying the groundwork(base) for a successful running program should take a minimum of four months.When building a base is done right,you minimize the chances of becoming injured or burned out plus you have the potential to produce your best possible racing performances.More importantly though,running will be what it always should be,enjoyable.
As a reminder to those who may have forgotten or those of you who still believe that running fast is the only way of racing fast,consider what Arthur Lydiard discovered and taught: aerobic(base) work increases cardiac efficiency,raises oxygen uptake and creates capillary development.You may recall that the more capillaries developed the better,this means more oxygen can be taken in and utilized. Aerobic training also strengthens and conditions the heart,lungs and legs. This is why it should not be rushed and why someone is defeating the whole purpose of aerobic training by racing during this phase.Once again,the fundamentals,imagine the weightlifter saying,"I've been training for a month,let me have a go at that world benchpress record."
A commonly asked question in developing the aerobic base is,how much mileage should I do? Famed exercise physiologist David Costill says that from his studies he believes between 75 and 90 miles per week is sufficient. He adds that if you do more,you are running for reasons other than achieving maximal fitness. Both Cerutty and Lydiard wrote that 100 miles per week is ideal for the marathon runner. However,both add that this number is not written in stone. If 50 or 60 miles is what you run that's fine too. What counts is how you do those miles. Lydiard suggests doing the base phase as long as possible. To me, from 3 to 6 months seems reasonable,especially when the rest of an ideal training schedule will take up to 4 additional months."
This ends part one of the base phase. Part two will be published tomorrow(Thursday). There may very well be a part three but as of yet I am not sure. I believe you will find what follows to be informative and helpful.It may be new info to some and a needed reminder to others.
Posted by Dave at 7:19 PM